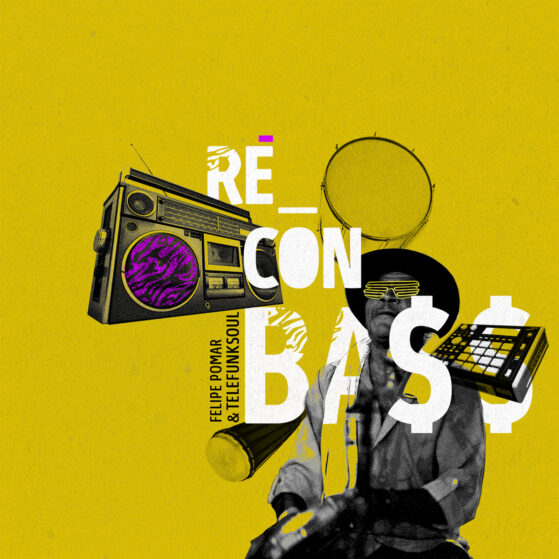 The production partnership between producers Felipe Pomar (TrapFunk & Alivio) and Telefunksoul (Bahia Bass/ Pragatecno), began in January 2017 during the production of a remix for the album “Outras Cidades” by BaianaSystem. The experience inspired them to collaborate on a new EP exploring the rhythms of the Recôncavo region of Bahia. With the objective of exploring Afrobeat in its widest possible sense of interpretation, they researched and experimented with how the incredibly diverse foundation of Bahian music can be transmuted and combined with Bass Music – Rap, Trap, Future House, Deep House, etc. The focus of this EP is to show how regional rhythms of the Bahian Recôncavo can be adapted to Bass music as well as its inverse, how Bass music can adapt and integrate into local traditions. Transforming but maintaining and respecting the original rhythmic cells, the result is an organically manifested avant-garde sound. This is the rescue and re-interpretation of Bahian regional musical culture.

The album counts on the participation of MC Fabio Lima, an Angolan DJ/MC based in Salvador; Cecilia Stalin, a singer of Swedish jazz based in London; Mr Armeng and MC Sagat, residents of Northeast Amaralina in Salvador, MCs representing hip hop and funk respectively; and finally, the great Nikima, former vocalist of the famed Lampirônicos, currently dedicated to his own project, Auss & Auss.